Turbulent Year Ahead as Employers Strive to Retain Staff

In the last three months, nearly half of British workers have been restless and thought about leaving their current employer.

The research suggests that 2022 will be a turbulent year in the jobs market, putting pressure on employers to do more to retain staff.

Ipsos interviewed a representative sample of 1,340 British adults in work aged 18-75. Interviews were conducted online between 21-22 January 2022. Data is weighted to match the profile of the population. All polls are subject to a wide range of potential sources of error.

Younger workers are the most restless – 56% of those aged 16-34 say they have considered quitting or are looking or applying for a job outside their current company. They are also the most likely to demand a pay rise or promotion – 42% of 16-34-year-old workers have tried to negotiate improved job conditions, compared with 24% of those aged 35-54 and 11% of those aged 55 or over.

Men are more confident than women about asking for a pay rise, promotion or change of role (32% compared to 22%), although there was no gender difference in the percentages looking for a new job or considering quitting.

For those who are happy with their job, salary, while important, is not the main cause of job satisfaction, the Ipsos research found. More important factors are the type of work they do (43%), work-life balance (38%), colleagues (36%), how interesting their work is (35%) and how secure their job is (35%). Thirty-four per cent say salary was a factor in job fulfilment.

However, among those who are dissatisfied with their current job, more than half (55%) cite pay as the main reason. Other reasons given are issues with their line manager (28%) or senior management (24%); their workload (27%); how interesting their work is (27%); the type of work they do (24%); and the overall culture at work (26%).

Men fared much better than women – 55% say they received a pay rise, compared to 39% of women.

Across the workforce, there is widespread pessimism about financial prospects in the coming months, Ipsos said. Almost six in 10 workers (57%) think it is unlikely they will receive a pay rise higher than inflation – which is estimated to peak at 6% in April – while only 31% believe they are likely to receive an inflation-busting pay rise. 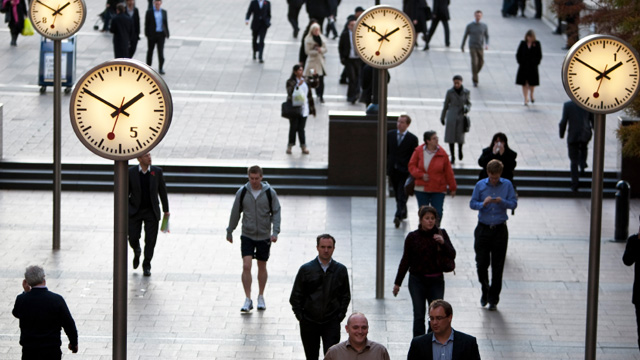